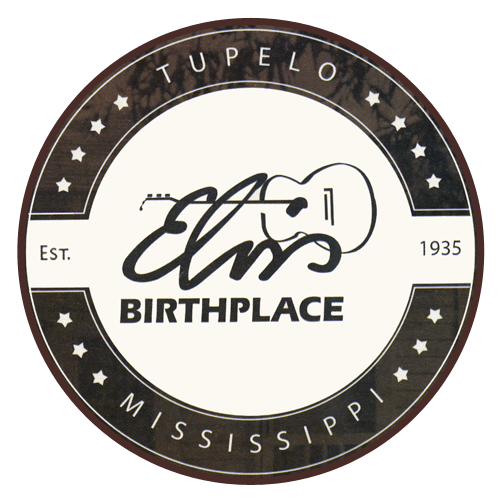 As you pull in to the parking lot for your visit to the Elvis Presley Birthplace, you’ll notice a green 1939 Plymouth parked on the sidewalk under a canopy. While Elvis’s birthplace is the first thing you see as you drive up, most likely the Plymouth is the second thing to stand out to you.

The car on display, which had been on loan from the Tupelo Auto Museum, was purchased by the Elvis Presley Birthplace Memorial Foundation as a permanent part of the Birthplace experience.

Did you ever wish you could have a meeting away from your office that felt like it was in a secluded spot but was really close to town?

Or, maybe you wanted to put an intimate gathering together in a cozy, unique spot.

The Elvis Presley Birthplace Event Center may be the right spot for you.

I treasure a Captain Marvel, Jr., clock that is in my office. It was given to me by Alan King.

Alan and his sister were friends with Linda Thompson’s younger sister. They were visiting the Thompsons when Elvis pulled up in a new Caddy for the Thompsons. Elvis asked Alan if he would like to go for a ride with him. Eight-year-old Alan said no, he wanted to go to the comic book store.  Elvis took him to the store and bought him 50 comic books. He told Alan Captain Marvel, Jr., was his favorite growing up and he had fashioned his stage persona after the character.

I hope you will enjoy learning more about Elvis and Captain Marvel, Jr.

Every group – business, church, family – has at least one person who embodies the heart and soul for that group. For the Elvis Presley Birthplace, that is Rhonda Lamb.

If the Birthplace has a “mama” to make sure everything is running the way it should, that all the family members are doing well, and to make sure all the guests who visit the family are happy, that’s Rhonda.

Working with Rhonda is an honor and a privilege. And, we are glad to share Rhonda’s story with you.

To mark the occasion, the house where Elvis grew up was opened with free admission. At 1 p.m. local time, there was a short ceremony to celebrate the birthday and to say farewell to outgoing executive director Dick Guyton. Refreshments were served by the staff.

You have Successfully Subscribed!