Welcome to the Birthplace

The House Where the Legend Was Born

In 1934, Vernon Presley borrowed $180 for materials to build a small frame house in East Tupelo. It was in this little house on January 8, 1935, that the King of Rock ‘n Roll was born.

Financially, times were hard on Vernon and Gladys. The family lived in the house about three years until the home was repossessed when Vernon could not repay the $180 loan.

The Presley family lived in other locations in Tupelo until Elvis was thirteen years old when they moved to Memphis. Vernon and Gladys worked various jobs while in Tupelo and moved several different times during the thirteen years they resided in Mississippi.

While in Tupelo, Elvis attended the Assembly of God Church with his family where he was first exposed to gospel music that influenced his musical style throughout his career.

It was in Tupelo that Elvis was exposed to bluesmen in the Shake Rag community where he lived for a time. His family also listened to country music radio programs from which Elvis drew influence. 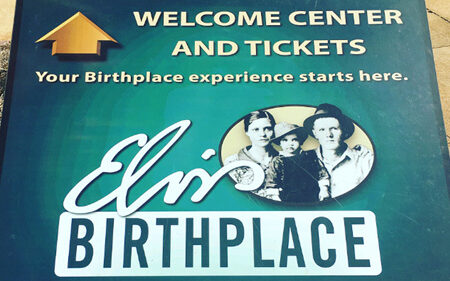 Since there is very little wait time when purchasing a ticket, tickets are sold only at the front desk at the Elvis Presley Birthplace.

Our ticket prices for the BIRTHPLACE HOUSE, MUSEUM, and CHURCH have also changed.

CHILD ages 7 and under

Our hours have changed. They are:

Tickets will be sold until one hour before closing. 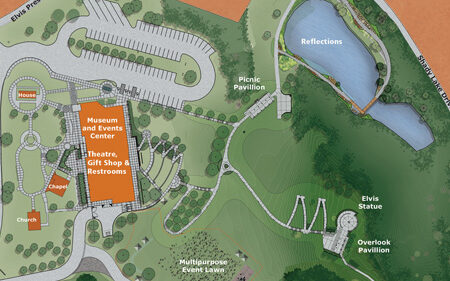 Vernon Presley, Elvis’ father, with help from Jessie, his father and Vester, his brother, built this home in 1934 with $180 that Vernon Borrowed from his employer. It was in this humble, two room house lit by a single light bulb in each room that Elvis Aaron Presley was born on January 8, 1935. Elvis was one of two children born to Vernon and Gladys. Elvis’ identical twin, Jessie Garon, was stillborn.

The city of Tupelo bought the home and surrounding property in 1957. Elvis wanted a park for the neighborhood children and donated the proceeds from a 1957 concert at the Tupelo Fairgrounds to further cause. The property stands in its original location and has been restored to its original condition, decorated with period furniture, and is open to the public for tour.

“I took the guitar, and I watched people, and I learned to play a little bit. But I would never sing in public. I was very shy about it.”

Talking about the $7.95 guitar his mother Gladys bought from the Tupelo Hardware Store on January 8, 1946 when he 11 years old 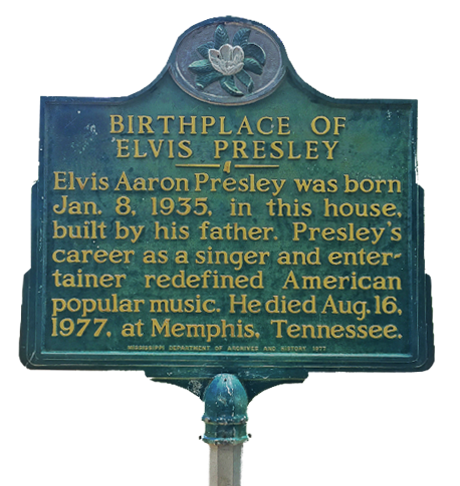 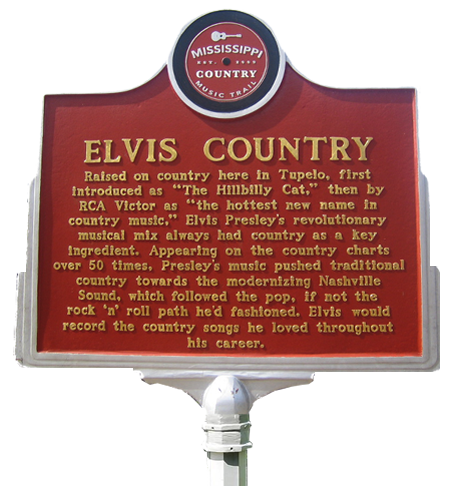 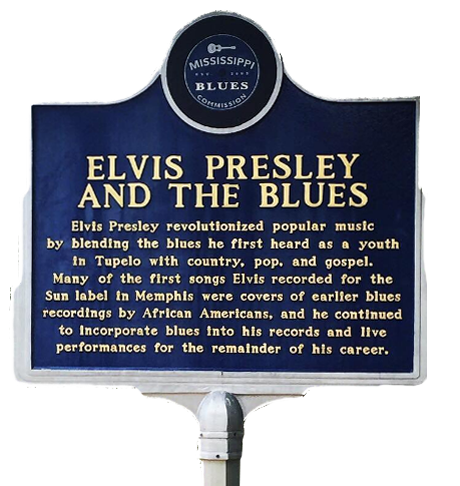 We extend our deepest sympathy to the Presley family in the loss of Lisa Marie. Our thoughts, prayers, and hearts are with you. RIP Lisa Marie.

You have Successfully Subscribed!