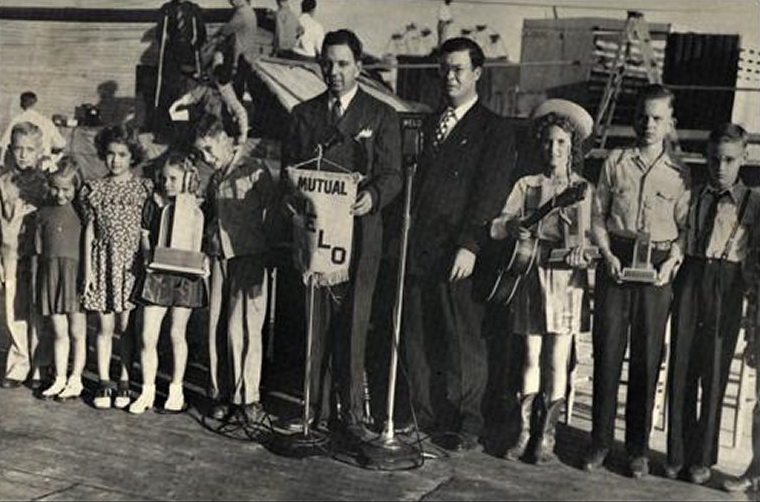 In 1945, Elvis made his first public radio broadcast. Elvis stood on a chair at ten years old and sang “Old Shep,” finishing fifth in a youth talent contest at the Mississippi-Alabama Fair and Dairy Show at the Tupelo Fairgrounds. WELO Radio broadcasts the talent show.

In 1946, Elvis and his mother went to Tupelo Hardware where Elvis wanted to purchase a .22 caliber rifle. Gladys persuaded Elvis to look at a guitar, which store employees allowed him to try out. Elvis decided he wanted the guitar, his mother purchased it for him, and his pastor, Bro. Frank Smith, taught him how to play it. Elvis could often be seen around town with his guitar in hand. In 1948, Elvis played his guitar and sang a farewell tribute to his Milam Junior High class before moving to Memphis where his father hoped to make a better life for his family. 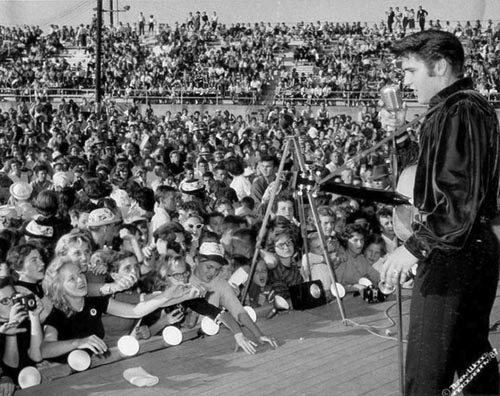 Nine years later, Elvis returned to the fairgrounds and performed a concert which he called his Homecoming Concert for the City of Tupelo. Elvis donated all of his ticket proceeds to be used to purchase his Birthplace, to restore it to its original condition, and to make a park for neighborhood children.

NEXT TOUR STOP →
We extend our deepest sympathy to the Presley family in the loss of Lisa Marie. Our thoughts, prayers, and hearts are with you. RIP Lisa Marie.